NOTE FOR 2021 READERS: This is the 17th in a series of award-winning open letters to the next century, now just one generation away. Kids born this year in the U.S., and nearly 50 other countries, are expected to live to 2100 and beyond. These letters examine what the world could look like then — and how we can make the best scenario happen.

If you still have such a thing as a doctor’s office, it might look something like the one I walked into in San Francisco the other week — one with no paperwork, no tablets, no visible computers at all. Instead, at a five-year-old startup called Forward Health, a doctor asked questions for nearly two hours in front of a giant touchscreen with a model of my body. We covered the interconnection of everything, from allergies to diet to workouts to that ultimate stress reducer, mindfulness. Summaries of my answers appeared on screen, not yet written by AI, but by trained medical scribes listening in remotely. At first that seemed slightly creepy, but I soon saw the point: For the first time in my medical life, a physician didn’t have to spend half his time playing stenographer in a secret file. We were both on the same virtual page.

Most of my vital signs for the last decade were already on the screen when we began, since I’d granted access to my Apple Health app. My genome would follow after I downloaded the raw data from 23andMe. Analysis of a blood draw appeared in just 12 minutes; its 75 biomarkers revealed internal organs in robust good health (only my fasting glucose was a little elevated; something to keep an eye on, given a family history of diabetes). The next visit would do a deep dive on genetics; the one after that would test me for the top five most deadly cancers. In-between, there would be some gentle nudging and nagging via the Forward app, as my doctor saw new at-home readings from my Bluetooth scales or blood pressure monitor.

So yes, maybe this is a 22nd century healthcare experience. Or maybe it just looks that way because healthcare in 2021 is so far behind where it should be. Most of us are carrying around smartphones that know more about us than our doctors do, and most of our doctors don’t even think to sync up with the phone data, or to get this deep into the weeds of preventative medicine. “People walk into our exam room and go “oh my god, I’ve seen the future,” says Adrian Aoun, the founder and CEO of Forward Health. “I’m like, ‘you know, they have touchscreens in McDonald’s. It’s just that you didn’t see the past.’”

In fact, our antiquated healthcare system is such an embarrassment that I’m almost reluctant to discuss it — except for the fact that you may well be struggling with the same legacy problems, even eight decades hence. After all, it’s been nearly eight decades since a U.S. president first tried to pass a universal healthcare law, only to run into a buzzsaw of special interests.

All those incremental legislative victories since, all that trench warfare against the same “socialized medicine” boogeymen, and what have we achieved? There were more than 29 million Americans without health insurance in 2019, compared to 28 million in 2018. The COVID-19 pandemic likely threw a million more people off the insurance rolls in 2020. Medical bills are the number one reason Americans declare bankruptcy; skyrocketing premiums and deductibles, plus money-hungry for-profit hospitals, mean even the insured aren’t protected from it. And as much as I adore having been born into a universal healthcare system that will bankrupt no one, the UK’s beloved National Health Service (NHS), its recent underfunding and record wait times aren’t much to boast about either.

But slowly, quietly, on both sides of the Atlantic, a technological revolution in preventative care is underway — one that may slash healthcare spending and usher in a truly universal, actually 22nd century-style wellness regime for everyone. As I wrote this letter, word came from the NHS of a breakthrough blood test that can detect relatively early signs of tumors in up to 50 cancers; I also found a UK company using the NHS’ massive data sets to catch cancer development at an even earlier stage. The gene-editing technology CRISPR just casually shot down one rare disease, a foreshadowing of future victories, one perhaps against Alzheimer’s. A coming wave of mRNA vaccines, buoyed by their success against COVID-19, could treat everything from malaria to various cancers (an mRNA skin cancer vaccine entered phase 2 clinical trials as I wrote this). 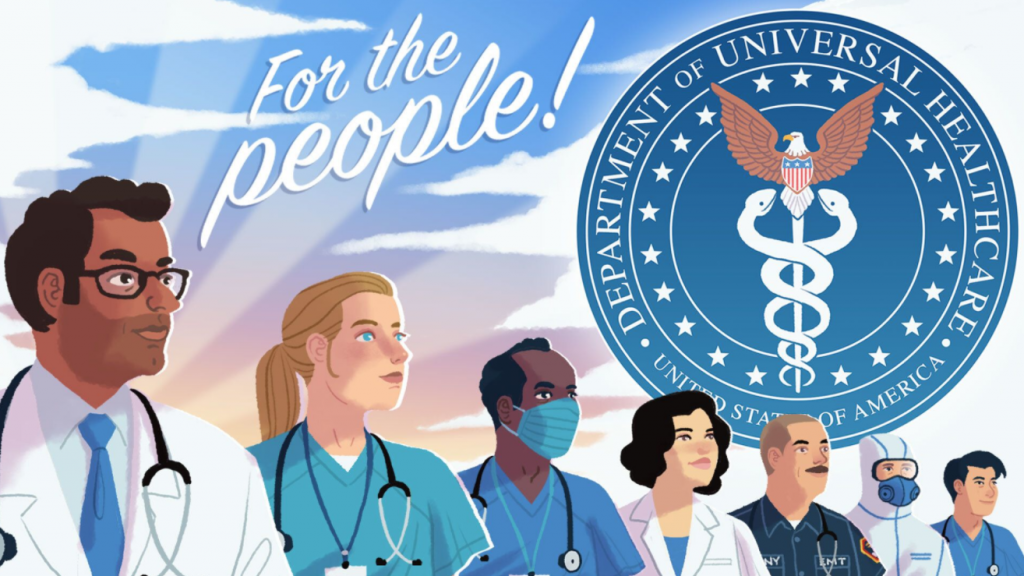