The research of a multi-disciplinary group of IFH members on “Long Covid” was features in NY Times.

Many people who experience long-term symptoms from the coronavirus did not feel sick at all when they were initially infected, according to a new study that adds compelling information to the increasingly important issue of the lasting health impact of Covid-19.

The study, one of the first to focus exclusively on people who never needed to be hospitalized when they were infected, analyzed electronic medical records of 1,407 people in California who tested positive for the coronavirus. More than 60 days after their infection, 27 percent, or 382 people, were struggling with post-Covid symptoms like shortness of breath, chest pain, cough or abdominal pain.

Nearly a third of the patients with such long-term problems had not had any symptoms from their initial coronavirus infection through the 10 days after they tested positive, the researchers found.

Understanding long-term Covid symptoms is an increasingly pressing priority for doctors and researchers as more and more people report debilitating or painful aftereffects that hamper their ability to work or function the way they did before. Last month, the director of the National Institutes of Health, Dr. Francis S. Collins, announced a major initiative “to identify the causes and ultimately the means of prevention and treatment of individuals who have been sickened by Covid-19, but don’t recover fully over a period of a few weeks.”

David Putrino, director of rehabilitation innovation at Mount Sinai Health System in New York City, who was not involved in the new research, said that he and his colleagues at Mount Sinai’s center for post-Covid care are seeing a similar pattern.

“Many people who had asymptomatic Covid can also go on to develop post-acute Covid syndrome,” said Dr. Putrino, who is a co-author of a smaller study on the topic published last year. “It doesn’t always match up with severity of acute symptoms, so you can have no symptoms but still have a very aggressive immune response.”

The new study is published on the preprint site MedRxiv and has not finished undergoing peer review. Its strengths include that it is larger than many studies on long-term symptoms published so far and that the researchers used electronic records from the University of California system, allowing them to obtain health and demographic information of patients from throughout the state. The researchers also excluded from the study symptoms that patients had reported in the year before their infection, a step intended to ensure a focus on post-Covid symptoms.

Among their findings: Long-term problems affect every age group, including children. “Of the 34 children in the study, 11 were long-haulers,” said one of the authors, Melissa Pinto, an associate professor of nursing at the University of California Irvine.

The study found more than 30 symptoms, including anxiety, low back pain, fatigue, insomnia, gastrointestinal problems and rapid heart rate. The researchers identified five clusters of symptoms that seemed most likely to occur together, like chest pain and cough or abdominal pain and headache.

Most previous studies of long-term symptoms have tended to involve people who were sick enough from their initial infection to be hospitalized. One of the largest found that more than three-quarters of about 1,700 hospitalized patients in Wuhan, China, had at least one symptom six months later.

But increasingly, people who were never hospitalized are seeking care at post-Covid clinics, and scientists are recognizing the need to understand their circumstances.

Unlike some recent surveys, like one by a patient-led research team, the new study did not capture one of the most commonly reported “long Covid” issues: cognitive problems like brain fog, memory problems and difficult concentrating. One of the co-authors, Natalie Lambert, an associate research professor at Indiana University School of Medicine, said that may be because at the time, doctors may not have known to include diagnostic codes for such cognitive issues in the medical records of Covid patients. The team is seeking funding for a larger and more comprehensive study that combines information in medical records, doctors’ notes and patients’ reports, she said.

In the new study, about 59 percent of the patients with long-term symptoms were women, and about half of the patients were Hispanic and 31 percent were white. The authors and Dr. Putrino cautioned that any reliable demographic conclusions would require bigger studies that are national in scope.

Dr. Lambert said it was likely that the medical records used in the study reflected only a percentage of people who had asymptomatic Covid infections and experienced Covid aftereffects. “For some people, if they’re asymptomatic and they don’t know that they’re sick, they’re not going to go get tested,” she said.

“Another important component is that we know that some of the long-haul symptoms show up much later than two months,” Dr. Lambert said. “So there’s a potential for a wide range of long-haul symptoms that they’re not going to associate with Covid.”

Dr. Pinto said it would be important to study the condition over time, instead of in a static snapshot. “The long haul is a very dynamic process and symptoms can change from day to day,” she said. “One day they may have chest pain and a headache, and the very next day, the chest pain and headache is gone and they have backache and muscle aches. We need to capture trajectory and changing of symptoms across time, and we need this in a larger sample that represents America.” 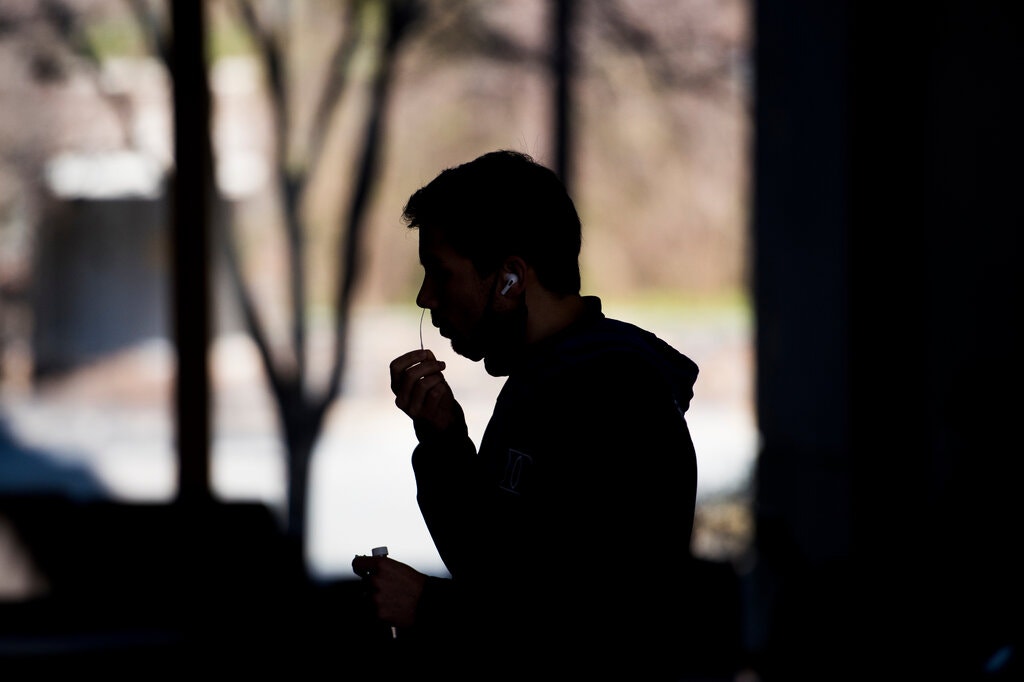 The study of 1,407 people who tested positive for coronavirus found more than 30 symptoms, including anxiety, low back pain, fatigue, insomnia, gastrointestinal problems and rapid heart rate.Credit...Pete Kiehart for The New York Times